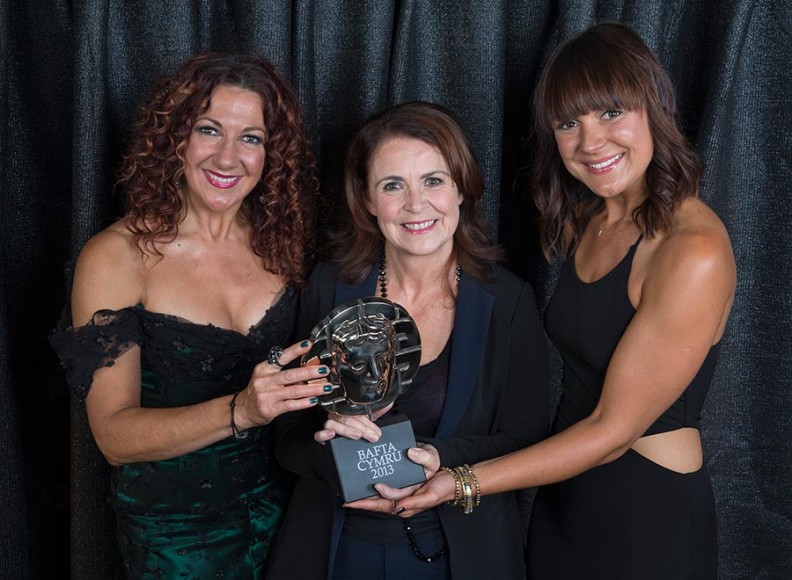 Nia Ceidiog (Producer and Director of Dwylo’r Enfys) accepted a BAFTA Cymru award on Sunday September 29th, on behalf of all the children who have appeared in the series. Nia said “If it wasn’t for the children, there would be no show. It has been an honour to direct them and our team at Ceidiog is grateful to them and their families”

Ceidiog, Cyf produces many of the original programmes on S4C’s Cyw – including “Marcaroni” and “Y Diwrnod Mawr”. Nia has also produced”Something Special” for Cbeebies.